Fight to keep and bear in Cali

Body of 'the lawsuit' page: 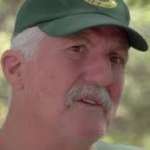 One life don't BLOW IT!

That ain’t easy to read

Comedian in training, at least on the internet

sierrahunter1 said:
That ain’t easy to read
Click to expand...

My name is Mark Baird. I have retained an attorney and will seek a restraining order/injunction against the State of California to stop California’s enforcement of the laws which prohibit the open or exposed carry of an operable and loaded weapon. I am one of the tens of thousands of citizens of the twenty three counties in Northern California fighting for Liberty and Representation in the State of Jefferson. I am preparing to file for a restraining order in Federal Court to restrain/ enjoin California from enforcing the ban on the “open” carry of a weapon pursuant to the Ninth Circuit ruling in the Young v Hawaii case. The Ninth Circuit has rendered a decision which states that “open carry” is the core right guaranteed us under the Second Amendment and that right extends outside the home to public spaces. The courts, including the Ninth, have been consistent and clear that “concealed carry” is a privilege which requires a government permission slip, no matter how arbitrary the process, nor how unjust, Peruta v San Diego, En Banc Ninth Circuit, (cert denied), and many other cases both affirm and state this fact. Open Carry is our Right, and I will fight to restore that right!

Open carry is the core unalienable right which is unconnected with militia service,(Heller v D.C.) pre-dates the Constitution and “shall not be infringed” (Cruikshank v U.S). The Second applies to the States, (McDonald v Chicago). States cannot bar a citizen from bearing weapons in public for their own defense, because states may have more interest in disarming people than keeping them safe,(Caetano v Mass). A weapon is defined as any instrument capable of offensive or defensive action to thwart an attacker, (Caetano). In the case, Young v Hawaii, the court has ruled that “open carry” which extends to public areas is the core right, protected by the Second Amendment. Nichols v Brown under submission in the Ninth argues that “open carry” is the core right, that it extends to public areas and that it is arbitrary and capricious for some people to gain permits in some counties, (less than 200 thousand population), and not others. Chambers v U.S. also a Ninth Circuit decision states that all opinions issued by the Ninth Circuit are “binding upon all judges in the circuit”, whether the mandate was published or not! If that is the case, why must we sue California to force its compliance with the United States Supreme Court and its own Ninth Circuit rulings in the cases above? Because people cannot force a state to stop enforcing an unconstitutional law unless we sue them. There are important reasons that I am taking this action, not the least of which follows.

The Second Amendment is a God Given, unalienable Right, which predates the Constitution, is wholly unconnected with militia service, and finally, is a Right over which government has no say and no policy decision making. Remember that Government has no rights, only people have Rights! The Right of the People to Keep and Bear Arms Shall Not Be Infringed.

The Government would pretend that they have an interest in banning or severely restricting the people’s right of self-defense. But remember the government has no duty to protect the individual citizen from crime or violence or anything else! The government has no duty to protect, (Warren v DC, Deshanny v Winnebago Co, Balesteri v Pacifica Police, Martinez v CA, Castle Rock v Gonzales, Riss v New York, etc etc etc). The victims in these cases were murdered, tortured, victimized and in more than one case arrested for the simple act of self-defense. Yet in every single one of these cases and more, the government argued successfully that they are not liable and have no duty to protect. California Government Code Sections, 821, 845, and 846 clearly state that California specifically has no duty or responsibility to protect You or your family and will suffer no liability if the police fail to protect you! We have the God given right to defense of self, family, community, state and nation, which requires no permission. Defense of self and family takes place wherever defense is required, not just within the home. We the people, are the only ones responsible to protect ourselves!

The Ninth Circuit has painted itself into a corner. Either they must rule en banc against their own en banc ruling in Peruta, or admit the obvious, and rule favorably in Nichols v Brown. The Second Amendment is an enumerated, unalienable right to the exposed carry of a loaded weapon, unconnected with militia service and that right extends into the public arena. My TRO/Injunction could well seal the deal. We can gain Liberty now!
Please, let’s stop fighting the fight (concealed carry), that the crooks in government are never going to allow us to win, Let’s fight the fight the USSC has clearly stated is the path to restore unalienable rights in California and maybe the other states in the Ninth Circuit, as well.
Yes, we all may or may not agree that it is possibly tactically superior to carry concealed, except for the obvious argument, which is to ask how many law abiding citizens might carry if they did not have to beg for permission? To carry exposed is way better than nothing, and who knows, if government loses to us perhaps, we may gain ground in the concealed carry realm too.
We need just a little help. The counties of Jefferson are organizing fundraisers. Please help restore YOUR GOD GIVEN RIGHT TO SELF DEFENSE by helping! PLEASE DONATE WHAT YOU CAN! We have an attorney. She is smart and tough. She can help us win this. We need help raising awareness to attract amicus briefs, public support and to wake a few of the gun orgs up to the possibilities here. Liberty is within our grasp. Patrick Henry said, “It is the summer soldier and the sunshine patriot who shrink from the service to their country. Those who stand with us now deserve the thanks of men and women”.

A link probably would have sufficed.

The lawsuits have been filed and are decided or pending. Peruta is dead, Young v. Hawaii is stayed pending SCOTUS ruling on New York State Rifle& Pistol Association, Inc, v. City of New York[SIZE=23.3px]. [/SIZE]An injunction should be a lot less complicated and not that expensive. Whats the point and why the big fund raising plea?

Comedian in training, at least on the internet

DKScott said:
A link probably would have sufficed.

The lawsuits have been filed and are decided or pending. Peruta is dead, Young v. Hawaii is stayed pending SCOTUS ruling on New York State Rifle& Pistol Association, Inc, v. City of New York[SIZE=23.3px]. [/SIZE]An injunction should be a lot less complicated and not that expensive. Whats the point and why the big fund raising plea?
Click to expand...

Talk about an uphill battle. This is cal. after all. Home of the Libs. and land of the snowflakes.